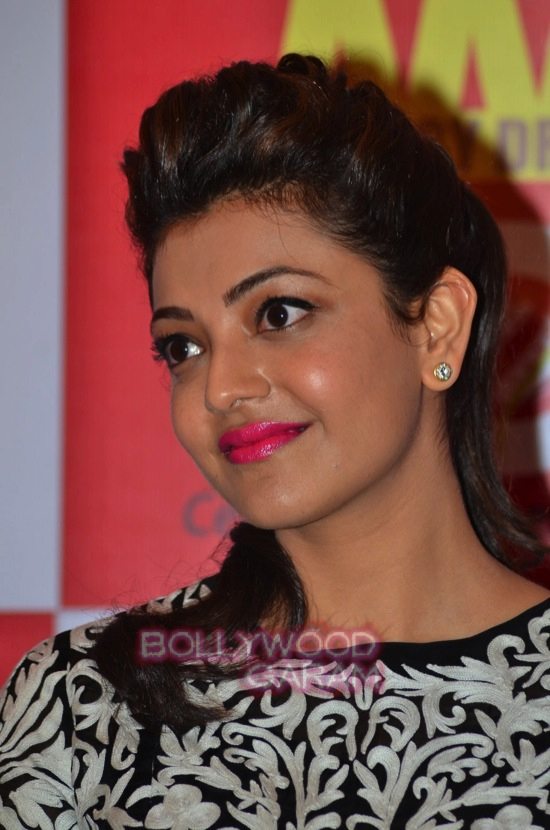 Bollywood Garam: Actress Kajal Agarwal recently took everyone by surprise after her topless act for the FHM magazine. Not many might believe the news, but it is true that the actress has actually posed semi-bare for the September issue of the magazine.

On the magazine cover, Agarwal can be seen in black stockings with just her hands covering her assets. With no accessories on her, it looks like the actress has all the scope to expose in future for similar magazines as well as movies.

The ‘Singham’ actress had earlier claimed that she was strictly against exposing and that one does not have to shed clothes to look glamorous. But her recent act has spoken a lot about all her earlier clams and thoughts.

Critics say that this might indeed be good news for all film makers who are thinking of casting her in their next venture.

Kajal entered Bollywood with the movie ‘Singham’ opposite actor Ajay Devgn, in which she had performed a shy girl-next-door role and is all set to do more movies in Hindi. The actress has earlier done several movies for the Telugu film industry. She was popular for her role in the block buster movie ‘Arya 2’ in which she had starred with south Indian heartthrob Allu Arjun.