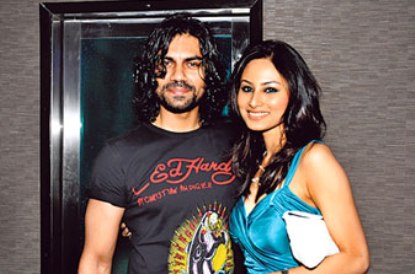 The makers of the show Bigg Boss have always brought something unique and surprising for the audience. But this season as the host of the show has promised nothing controversial or abusive, the makers still have more options.

Sources familiar with the development said that celebrity couples are being considered for the show to make it even more exciting. Reports say that former couple Delnaz Irani and Rajeev Paul, who recently got separated have been approached for the show.

There are also reports that star couple Gaurav Chopra and Mauni Roy have also been approached by the makers. But Delnaz said that she has not received any call from the show and that she is busy with other commitments like a couple of movies.

Even ex-husband Rajeev said that she has not heard from Bigg Boss but he would definitely love to do the show. On the other hand Gaurav refused to comment on the development saying that he cannot talk about it at present. The other contestants who have also been approached include TV anchor Manish Paul, choreographer Salman Yusuff, actor Aman Varma and Tarot card reader Minisha Khatwani. There are also reports that instead of just one non celebrity there will be two non celebrities in the house this time.