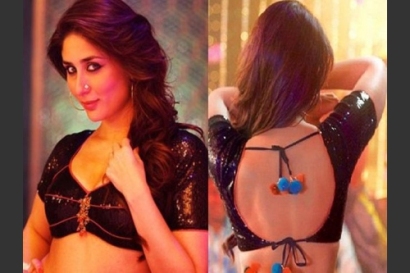 Bollywood actor Salman Khan is making the best use of the reality show Bigg Boss 6 to raise the curtain on various aspects of his upcoming movie ‘Dabangg 2’. After launching the first official trailer of the movie on the series, the producers are all set to unveil the Kareena Kapoor item song ‘Fevicol Se’ on the reality show.

The promos have already hit TV screens with Salman and Kareena announcing that the much-awaited item song will be unveiled on Bigg Boss 6. Sources from the production unit revealed that Salman loved the response from the ‘Dabangg 2’ promo and since then the production team have been planning to release the song this week.

Salman opined that the show will be the best platform for the release, while Kareena is expected to perform the number and show off some signature steps from the song on the Bigg Boss sets. Recently even Akshay Kumar was supposed to come to promote his movie ‘Khiladi 786’, but unfortunately the actor fell ill and the plans had to be cancelled.

Kareena’s item song ‘Fevicol Se’ is expected to be a major hit among the audience and is also expected to become as popular as her ‘Munni Badnaam Hui’ from an earlier flick.