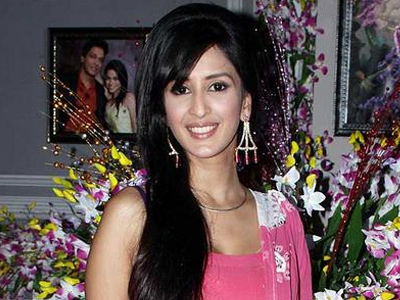 TV actress Chahat Khanna, who is popular for her role of Ayesha in the mature love story series ‘Bade Ache Lagte Hain’ might soon quit the show. The reports of Khanna leaving the show have been doing the rounds for quite some time now.

According to sources from the production unit, the actress will be shooting her last episode on February 4, 2013. Chahat is giving up the show as she is all set to get hitched in real life. The story of the series is now expected to take an interesting twist and its possible that the Ayesha character could meet with an accident and will die.

However, this will not end the character of Ayesha and it is possible that the makers of the series will bring her back after a plastic surgery. After the death of Ayesha, Ram Kapoor and Priya could live together in Kapoor Mansion and will take care of Ayesha’s son.

When contacted, Khanna was not available for comment. The story recently had taken a leap forward and the makers were doing everything they ccould to make it more interesting. Chahat started her career at the age of 16 and her first shoot was an advertisement for Cadbury with Pradeep Sarkar in the year 2002. Khanna’s first TV series was ‘Sachi Baat Sabhi Jag Jaane’.