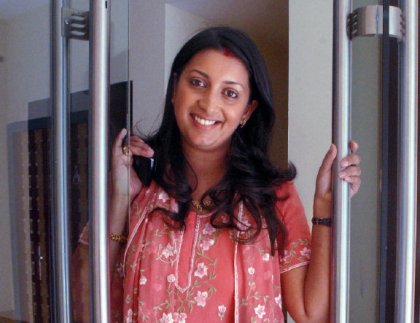 TV actress-turned-politician Smriti Irani, had once been the face of Indian television, by playing the role of the perfect ‘Bahu’ (daughter-in-law) in the popular series ‘Kyunki Saas Bhi Kabhi Bahu Thi’. However, somewhere in 2007, after certain differences between Smriti and the producer Ekta Kapoor, the actress opted out of the show.

Recent reports have said that the actress is once again ready to be back at work with the same banner after a very long gap. Smriti will be seen in the first episode of the ‘Daayan’ series, which is based on the upcoming movie by Ekta called ‘Ek Thi Daayan’, which stars Emraan Hashmi and Konkana Sen Sharma.

The new series is all set to be launched on national TV in the month of March 2013. It will consist of six episodes and each episode will star a TV actress. Apart from Smriti, five more TV actresses will be a part of the series including Sakshi Tanwar, Mouli Ganguli, Kritika Kamra, Ankita Lokhande and Aamna Sharif.

Moreover, Emraan will be a part of the whole series. Sources from the production unit said that Smriti will be a part of one episode, but Ekta and the actress have not worked with each other for long. It has been more than five years since Ekta and Smriti have worked together.