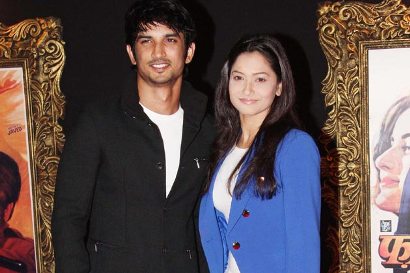 TV actors Ankita Lokhande and Sushant Singh Rajput have been dating for the past four years now. Singh, who is now all set to make his movie debut with the movie ‘Kai Po Che’ said that he and his girlfriend are not yet married.

For a long time there have been rumours circulating, that the two have already tied the knot. Singh explained that there was no reason for the two to hide their wedding. The actor added that they would let the world know when it happens.

The marriage might not be on the cards for now, but seems like the couple has already planned for the future. Singh revealed that they would host about three receptions, one in Patna, one in Indoor and one in Mumbai. Ankita and Sushant met on the sets of the popular television series ‘Pavitra Rishta’ and have been dating for the past four years.

Recently, the actor quit the TV show to concentrate on his movie career. Singh said that his girl is extremely excited about his debut. The actor also added that according to his girlfriend he was already a star. Sushant plans to host a special screening for his friends and family in Patna as well as Indoor, which is the home town of Ankita.