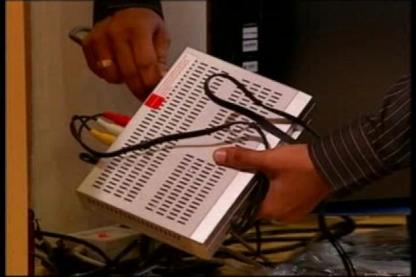 Some TV sets in the state of Uttar Pradesh were still hooked to the cable network but they were all blinked on May 7, 2013 mid-night after he cable operators cut the transmission. The cable networks were cut after they feared that the Information and Broadcasting Ministry might take strict actions.

A meeting was called by the Ministry in Delhi after which the officials confirmed to the IANS that the multi system operators had pulled off the plug on the remaining transmission. This had accounted for 70,000 TV sets in the city of Lucknow alone. The ministry officials on Wednesday will take the details of the compliance orders from the entertainment officials of the districts in the state.

An official said, “The meeting in Delhi expects us to explain the digitization process so far”. Moreover, even the major cable TV service networks have confirmed to the Uttar Pradesh Government that they have stopped the analog broadcasts and will only allow when the set top boxes are installed by the viewers.

On the other hand the cable operators have protested the decision as this will result in the increase in demand for set top boxes while they are facing a shortage of the devices.