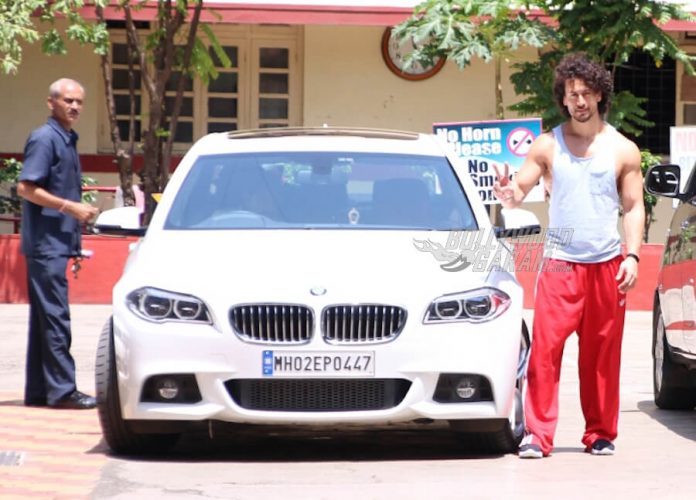 Veteran actor Jackie Shroff’s son Tiger Shroff has become one of the most wanted actors in the industry. His ability action, gymnastic and dancing abilities have made him one of the most promising actors of Bollywood. Now that he has established himself as a successful actor, Tiger was snapped flaunting his new BMW 5 car at a popular gym in Mumbai on June 16, 2017. The Heropanti actor looked great in a white vest paired with red track pants.

On the personal front, the actor is frequently spotted spending time with rumored girlfriend Disha Patani. The two were last seen shopping on the streets of Mumbai and it has been confirmed that Disha will be starring opposite Tiger in Baaghi 2 – making this their first film together!

On the work front, Tiger was last seen in A Flying Jatt and will soon be seen in the dance musical Munna Michael. The film has been by directed Sabbir Khan and also stars debutant Nidhhi Agerwal and Nawazuddin Siddiqui in key roles. Munna Michael releases on July 21, 2017. See the official Munna Michael trailer right here! The star kid has also been roped in for Baaghi 2, an official Bollywood remake of Rambo and Adhoora.