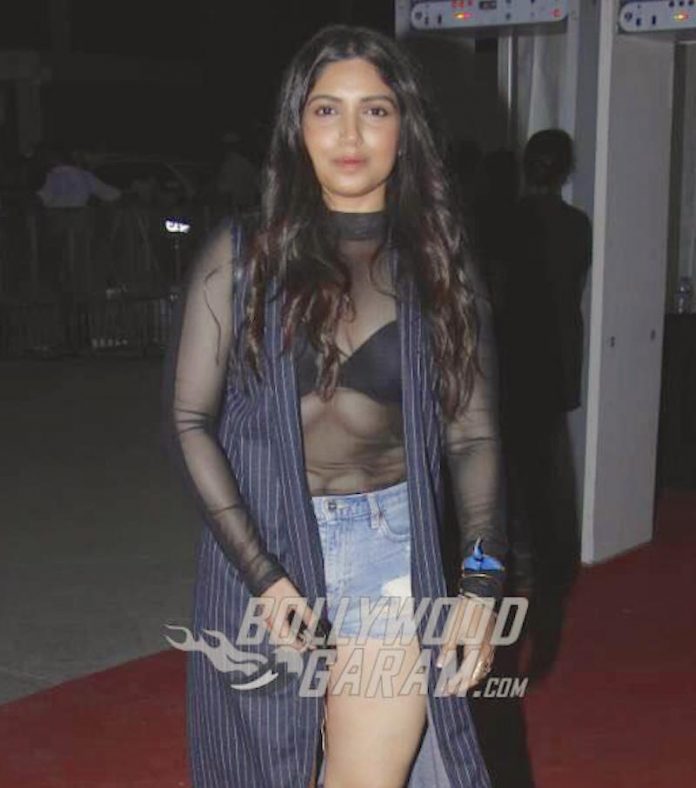 Actress Bhumi Pednekar, who is popularly known for her role in the film, Dum Laga Ke Haisha, recently attended a jewelry exhibition where she talked about her love for jewelry, career choices and her upcoming movie, TEPK.

Bhumi is a Marathi actress and made her Bollywood debut opposite Ayushmann Khurrana with Dum Laga Ke Haisha in 2015. She is now gearing up for her next Bollywood release, Toilet – Ek Prem Katha, in which she stars opposite Akshay Kumar, in a lead role.

Directed by Shree Narayan Singh, Toilet – Ek Prem Katha is due to release on August 11, 2017. See list of all movies releasing in August 2017

However, unfortunately, TEPK has fallen prey to piracy as the film was leaked just 18 days before it’s release date! This has led to a tiff between the filmmakers and distributers as the later have refused to distribute the film. Read all about Toilet – Ek Prem Katha’s piracy woes right here!

Bhumi will also be seen in another upcoming Bollywood movie opposite Ayushmann Khurrana titled Shubh Mangal Saavdhan. (Stay tuned for more updates on this one!)

Watch Bhumi Pednekar in an exclusive interview on her latest movie, Toilet – Ek Prem Katha, her career and love for jewelry –

For hottest Bollywood news and updates, Follow Bollywood Garam on –