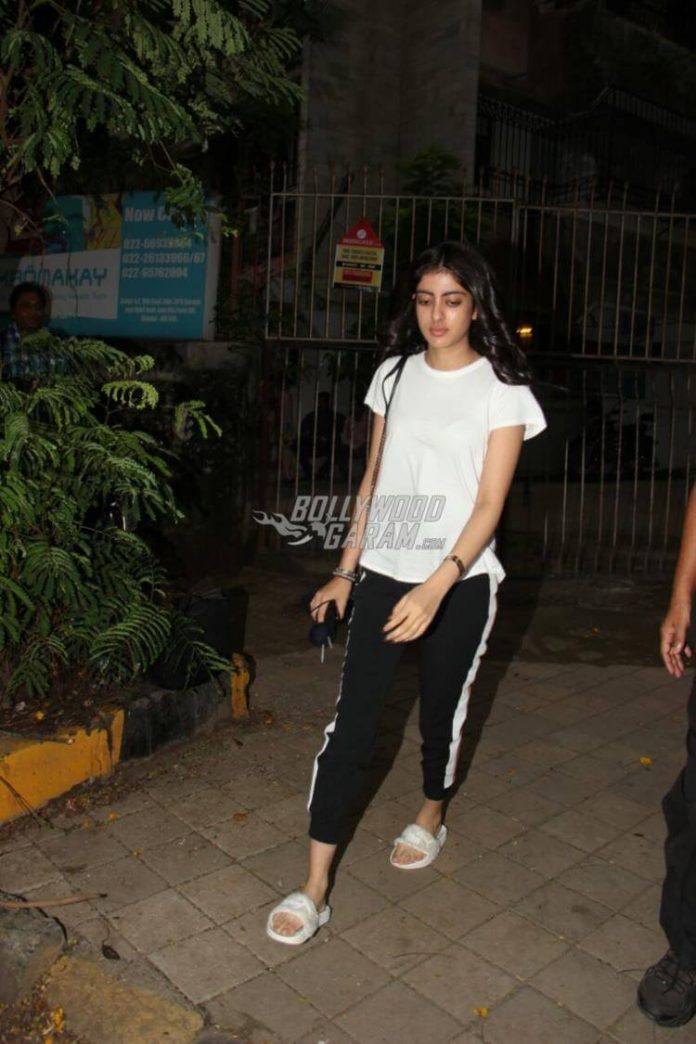 Despite enjoying immense popularity among millenials and scores of followers on social media, Navya Naveli Nanda is not interested in Bollywood

She was recently seen dazzling at the Vogue Beauty Awards red carpet in a Monisha Jaising piece – an embellished silver gown with a tinge of ice blue that made her look like quite the glamorous diva that she is. One of the most popular star kids, the Bachchan granddaughter, Navya Naveli Nanda has sizzled with her effortless style and smoldering looks on several occasions. Her Instagram account speaks volumes about her popularity among fans, followers (160k) and well-wishers. It also features some of her most ‘in vogue’ avatars from her family vacations and parties with friends.

The Vogue August 2017 magazine cover brought the three generations of Bachchan women together when they shot Jaya Bhaduri Bachchan, Shweta Bachchan-Nanda and Navya Naveli Nanda in a single frame. Vogue India further shared the stunning picture featured on the magazine’s cover page on Instagram with a caption saying: “It runs in the family – Jaya Bachchan, Shweta Bachchan Nanda and Navya Naveli Nanda grace the #August cover of Vogue India.”

She even went on to win the Ageless Beauty award on the Vogue red carpet along with her mother Shweta and grandmother, Jaya Bachchan.

Navya truly looks graceful in the designer ensembles that she carries with elan, be it a Dolce and Gabbana sheer dress, or an Alexander Mc Queen gown.

3 generations of the Bachchan family for Vogue India 2017 pic.twitter.com/VFzBPjsv80

The Vogue Beauty Awards ceremony, was Navya’s debut appearance at any such event and raised quite a few eyebrows on the already abound speculations regarding her potential Bollywood dreams. However, much to the dismay and disappointment of her fans and Bollywood movie buffs, 18-year-old Navya has revealed recently that she has no such plans and is currently loving “her independence”. She is currently interning with Ogilvy and Mather, a leading advertising agency after her graduation from the Seven Oaks, London.

The sizzling sensation of the tinsel town has been advised by her mother, Shweta Bachchan Nanda about the possible merits and demerits of the film industry who has further expressed her concerns if at all her daughter plans to join Bollywood. Shweta also feels that Navya has recently become a part of some unsolicited media and public attention owing to her celebrity status and heritage.

Read who is the mystery man Navya was recently spotted with

Meanwhile, Navya’s friendly and loving bond with her mother and grandmother has also been in spotlight as the star kid is her grandmother’s ‘favourite grandchild’ and loves to pose endearingly with her mother. Though other star kids like Jhanvi Kapoor (Sridevi’s daughter) and Sara Ali Khan (Saif Ali Khan and Amrita Singh’s daughter) are looking at their Bollywood debuts, Navya has refuted upfront any plans of being the quintessential Bollywood heroine.