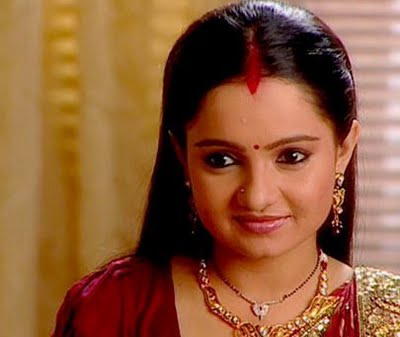 Bollywood Garam: After Bollywood actor Vivek Oberoi, the most popular bahu (daughter –in-law) of the Indian TV industry, Giaa Manek – also known as Gopi Bahu from the TV serial Saath Nibhana Saathiya – was recently caught in a raid at a restaurant in Mumbai. Manek was accompanied by her mother in a hookah resto bar along with two friends.

The outing of the actress with family and friends turned in to an embarrassing situation. The police raided the place at around 12 am and a Bollywood Garam source stated that many youngsters had come to the parlour for a hookah smoke.

In the raid, the cops detained 21 people, which included 15 boys, two girls and four staffers. But thankfully the actress was allowed to leave the place as she was not found intoxicated.

The actress was coming out of the restaurant while she was hiding her face with her hair and then ran behind vehicles to hide from the media. When asked Giaa, the actress said that she entered the restaurant at 11 pm and ordered paneer chilli. When the police raided the place, the actress showed them the bill after which she was allowed the leave the place. Manek even clarified that she was not taken to the police station.