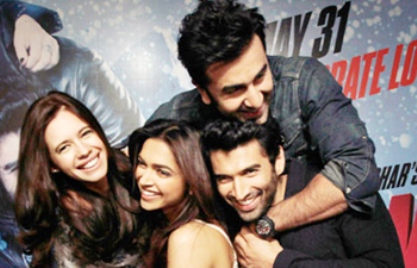 While Bollywood movie ‘Yeh Jawaani Hai Deewani’ is running successfully all over the country, the Delhi High Court has restrained the makers of the movie from releasing it on TV screens. The order of the court came when a lawsuit was filed by the syrup brand manufacturer Rooh Afza.

It was clarified by Justice Manmohan Singh on June 10, 2013, that the curb did not apply to the movie which is in theaters at the moment. The movie was released on May 31, 2013 and features Ranbir Kapoor and Deepika Padukone in leading roles. The company stated that the makers have used objectionable dialogues about the brand’s recipe.

Notices have also been issued to the director, producer and the dialogue writer of the film and the matter has been forwarded for hearing on July 16, 2013. An injunction suit was filed by Hamdard National Foundation, which is the manufacturer of the brand. The order of the court came after the filing of the injunction suit.

The manufacturer has argued that the brand is a household name in the country, as well as abroad and contains objectionable dialogues about the ‘Unani’ recipe of the syrup. Meanwhile, the movie is achieving great success in India, as well as abroad.