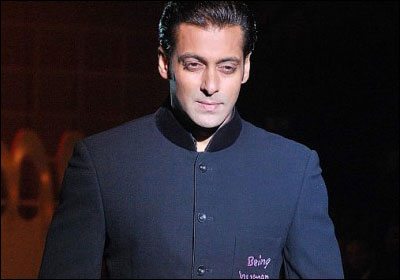 On Thursday, the much delayed and awaited Indian relaity show was launched in a grand event in Mehboob Studio in Mumbai. Later the actor will also shoot for the show in Kajrat, where the house of Bigg Boss 5 is set up.

After he has completed his schedule with Bigg Boss, he would be leaving for Dublin again to continue shooting for the Yash Raj banner’s ‘Ek Tha Tiger’ opposite Katrina Kaif. For now, the actor has to shoot for a few episodes of the reality show before he heads back to Dublin.

This time the show is going to be hosted by Salman as well as Sanjay Dutt and the audience is now eagerly waiting to see the chemistry between the two actors. The show will go on air on Sunday. Meanwhile, Sanjay had also cleared the rumours that there have been some misunderstandings between him and Salman. Dutt said that Salman is like a younger brother to him and the promos of the show have clearly shown the chemistry between the two.