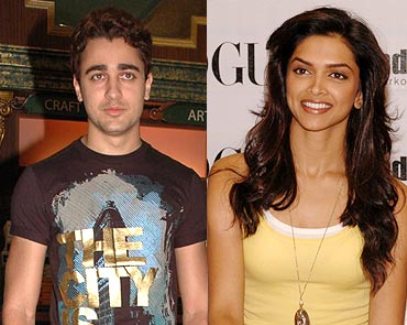 Bollywood Garam: Bollywood actors Imran Khan and Deepika Padukone have been recently named as the Worst Actor and Actress respectively at the 2012 Golden Kela Awards. The fourth annual Golden Kela Awards is similar to that of Hollywood’s Razzies awards, which recognises the worst in the world of cinema.

The other winners who were honoured included Amitabh Bhattacharya for the Most Atrocious Lyrics for the song ‘Pyaar Do Pyaar Lo’ from the movie ‘Thank You’. Bhattacharya also won the award for his work in the songs, ‘Mutton song’ from the movie and ‘Luv Ka The End’ and ‘Jigar Ka Tukda’ from ‘Ladies Vs Ricky Behl’.

Even actor Prateik Babbar was given the award for the Worst Supporting Actor for his performance in the movie ‘Dum Maaro Dum’ and ‘Aarakshan’. Film maker Kanti Lal Shah was given a special Platinum Kela Award for excellence in cinema. Shah at the event said that he feels good at being invited at the event and it is special because it was being organized by true fans.