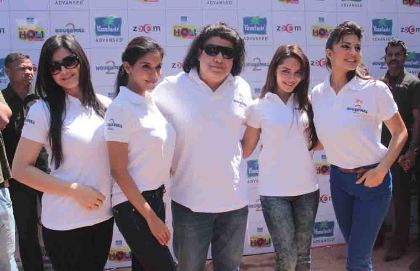 Bollywood movie ‘Housefull 2’ by Sajid Nadiadwala which opened with a promising Rs. 42 crores at the box office at its first weekend, has now crossed Rs. 100 crore mark. The recent development has made the movie the second biggest released in the year 2012 till now.

Despite the ongoing IPL season, the movie made Rs. 102 crores within just 17 days of its release. Experts have opined that the third week of the movie will make the movie as the fourth highest or the fifth highest of all time in the cities like Delhi, Mumbai, UP and East Punjab as these are the most profitable centres.

Producer Sajid Nadiadwala said that it is overwhelming that the movie has made it to the 100 crore club despite being released during the IPL season. There is a celebration mood among the whole ‘Housefull 2’ team.

Even the director Sajid Khan said that he is overwhelmed that his movie has managed to entertain his audience. The director promised that he will never let the audience down and thanked all of them from the bottom of his heart. The movie has also scored well in the overseas market and is expected to cross the £1 million mark in the UK.