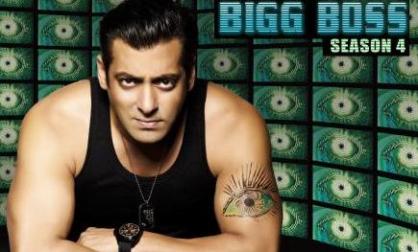 Bollywood actor Salman Khan is all set to appear in yet another season of the popular reality show ‘Bigg Boss’. Salman has been hosting the show since two seasons and the show has since then become more popular.

This is the reason the makers of the show are keen on roping in the actor for the upcoming season also. The first season of the show was hosted by none other than the veteran actor Amitabh Bachchan.

But since the association of Salman the show has managed to attract more audience. Last year the actor was accompanied by Sanjay Dutt, how managed to pull off the season all on his own, as Salman had to go through a surgery abroad and then became busy shooting for the movie ‘Ek Tha Tiger’.

However, the ‘Dabangg’ actor managed to appear on some of the episodes including the finale of the earlier season. This year, reports say that Salman will be managing the show all on his own without the presence of Sanjay. The reality show Bigg Boss is the Indian adaptation of the International show ‘Big Brother’. The show is known for its controversial content. Salman at present is shooting for the movie ‘Ek Tha Tiger’ in Thailand with co-star Katrina Kaif.