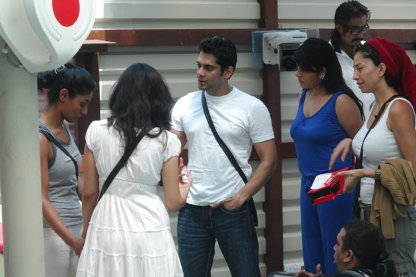 The game of Bigg Boss 5 has now become even more interesting as the contestants are now showing their true colors. The inmates of the house have now started running their minds in terms of playing the game in their favor.

All the members are now planning how to survive in the game to win the ultimate jackpot. Some of the celebrities in the house are using their onscreen popularity, while the others are making the best use of their argument skills.

If you think that only the girls in the house are capable of gossip, then beware as even the men in the house tend to talk about the game and were recently discussing the possibility of eliminations this week. They had said that Pooja Bedi has all the chances of going out of the house.