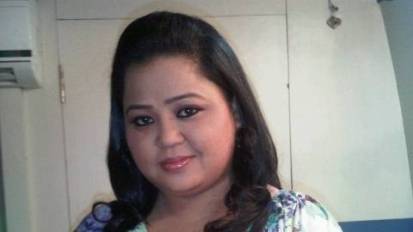 Comedian Bharti Singh might be out of the competition of the popular reality show Jhalak Dikhhla Jaa, but the actress has alleged the makers of the show that they were unfair to her. Bharti was offered to be in Bigg Boss’s upcoming season, but the actress refused saying that she wanted to return to comedy after ‘Jhalak…’.

Singh also said that if next time the makers of the show approach her then she would definitely go for it. The comedian was in news after she refused to perform in the face-off round on the dance reality show.

Bharti had said that she had severe pain in her back and that her doctor had given her strict instructions not to do any physical activity. The comedian then backed out of the show and Rashmi Desai had then entered the semi finals.

Bharti had also pointed out that Isha Sharwani, who is now no more a part of the competition was allowed to directly enter the semi finals without having to perform. Singh even clarified that she does not have any grudges against Isha but the makers of the show had treated her unfairly. Bharti has revealed that she has bagged three movies and two of them are with Akshay Kumar.