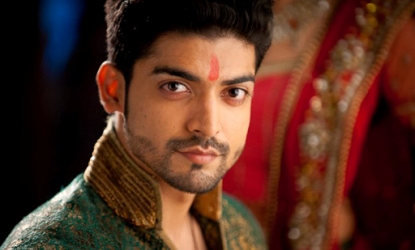 BollywoodGaram.com: TV actor Gurmeet Chaudhary is in the news again. He recently won the title on the reality show ‘Jhalak Dikhhla Jaa’  and has reportedly filed a police complaint. The actor’s car was attacked by robbers after and his car was badly damaged on October 2, 2012.

While talking to reporters, Chaudhary said that some mischief mongers had broken the glass of his car, but by the time they could rob anything, the security people saw them and they ran away. The actor said, “I got it repaired recently and today (Tuesday) morning again somebody broke the glass of my car and stolen my music system and damaged the car very badly”.

Gurmeet, who is married to TV actress Debina, said that he has filed a police complaint at Goregaon police station on October 2, 2012 so that the police can take some serious action against the thieves.

On September 30, 2012,  Gurmeet was declared as the winner on the celebrity dance reality show “Jhalak Dikhhla Jaa” along with choreographer Shampa. The duo had won prize money of Rs. 40 lakhs, besides the much-coveted sparkling trophy. Chaudhary defeated the other finalists, which included Rashami Desai and Ritwik Dhanjani. Earlier, the makers of the show had declared Isha Sharwani to be one of the finalists, but the actress had backed out from the show due to injuries.