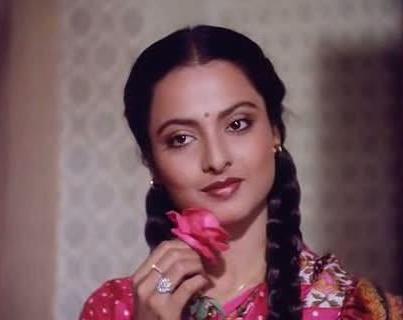 Veteran Bollywood actress Rekha, who managed to woo her fans in the 1970’s and 1980’s era, turned 58 on October 10, 2012. But despite her age, the actress has only grown prettier. During the early stages of her career, the actress was criticized for being overweight and having a dark complexion.

Many had even tagged the actress as an ugly duckling and that she looked unconventional. Some people also said that she looked different from the regular heroines of her times who were slimmer and fairer. Some of her landmark movies include ‘Umrao Jaan’ in which she performed the song ‘Dil Cheez Kya Hai’.