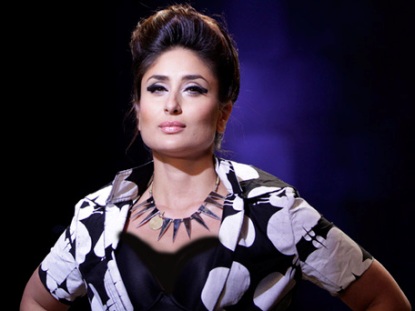 While Bollywood actress Kareena Kapoor is preparing for her upcoming wedding day, she will be missing out on the music launch of the movie ‘Talaash’ to be held on October 18, 2012. Though ‘Bebo’ will not be present at the event, the filmmakers thought that as she was an integral part of the movie, a special segment should be planned for the ‘Jab We Met’ actress.

Sources from the production unit said that even though Aamir Khan is busy with his ‘Dhoom 3’ shooting schedule, he will be taking out some time to fly to Mumbai for a day for the event. However, Kareena would not be able to be a part of the launch. Aamir, along with producers Riteish Sidhwani and Farhan Akhtar came up with an interesting idea to make the actresses present felt.

It would be the producers’ way of raising a toast for Kareena, who will soon be tying the knot with Saif Ali Khan. The event will have a special segment where the cast and crew of the movie will say a few words for Kareena to congratulate her on her big day. It is believed that every member of the cast will say something about Kareena and their association with her.

The event will also be celebrated by popping a champagne bottle.