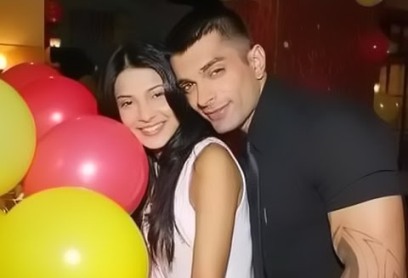 The popular dance reality show ‘Nach Baliye’, which was earlier aired on Star One, will soon hit television screens with a fresh season. The show features real life celebrity couples, who fight for the dance competition title.

The show has been a hit among audiences in earlier seasons. Actress and item girl Malaika Arora and Saroj Khan used to be on the judge’s panel.  This time the show will be aired on Star Plus and will feature some of the more popular real-life celebrity couples from the film and television industry.

Sources from the production unit have revealed that the season might have Karan singh Grover and wife Jennifer Winget, wrestler Khali and his wife, Shoaib Malik and Sania Mirza, Shabbir Ahluwalia and Kanchi Kaul among others. It is also expected that the popular chocolate boy of the small screen Barun will be seen shaking a leg with his wife.

If the list above is not enough, then there is also the possibility that Rahul Mahajan and his wife Dimpy Mahajan might participate in the show. The judges and the anchors of the show are yet to be confirmed. More names are expected to be revealed in the upcoming weeks, and this time the audience is surely going to have some fun.