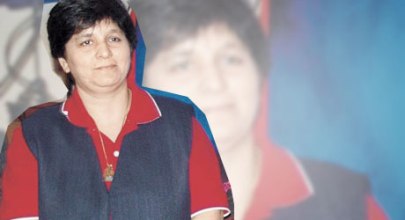 The sets of the game show ‘Kaun Banega Crorepati (KBC 6)’ were lit up as Dandiya queen Falguni Pathak brought the feel of Navratri  to the TV show. The ‘Chudi Jo Khanke’ singer charmed the audience with her beautiful voice during the Navratri special episode of the show.

The KBC 6 Navratri special will be aired on October 20, 2012, in which host Amitabh Bachchan will welcome the audience by saying, ‘Ambe mata ki jai’.

The singer reportedly lifted the mood of the KBC audience as she sang the song ‘Odhni’. Falguni was accompanied by several dancers who were dressed in the traditional attire of Gujarat, which took the dandiya fever to the next level.