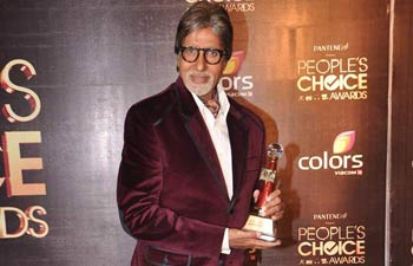 Bollywood superstar Amitabh Bachchan, has deservedly won the award for the best TV host for his popular game show ‘Kaun Banega Crorepati’. The super star won the award at the ‘People’s Choice Awards’, which hosted for the Indian industry for the first time.

The star Tweeted, “How did it happen? It’s the People’s Choice Award by Colors channel for the best television host for KBC. Thank you all, who voted for me”. The show was first aired in 2000, with Amitabh Bachchan making his TV debut with the show. The third season was hosted by Shahrukh Khan and the sixth season is currently being aired on Sony.