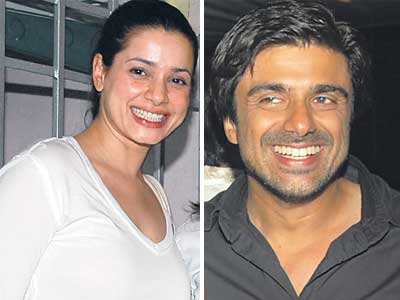 It seems it is the season of celebrity weddings. The first celebrity who will be tying the knot within few days is Imran Khan with his long time girlfriend Avantika Malik. Soon to follow them is the former Bigg Boss 4 contestant Samir Soni with former actress Neelam Kothari then it is going to be ex Miss Universe Lara Dutta with Tennis ace Mahesh Bhupathi.

Samir and Neelam have been dating since long back now and the sources have informed that the couple would be marrying in January, though the date has not been announced so far.

Soni had declared his marriage plans after his eviction from the Bigg Boss house at the ‘Akhri Salam’, a final chat with Salman Khan. Neelam too has confirmed the news and said that the couple are finalizing on the date. She said that the wedding could be anytime in January or February first week.

The actors are planning to keep their marriage a very private affair, where only close friends and relatives would be invited. Celebrities that are expected to grace the big event of the couple’s life are Ekta Kapoor, Tusshar Kapoor and Karan Johar.