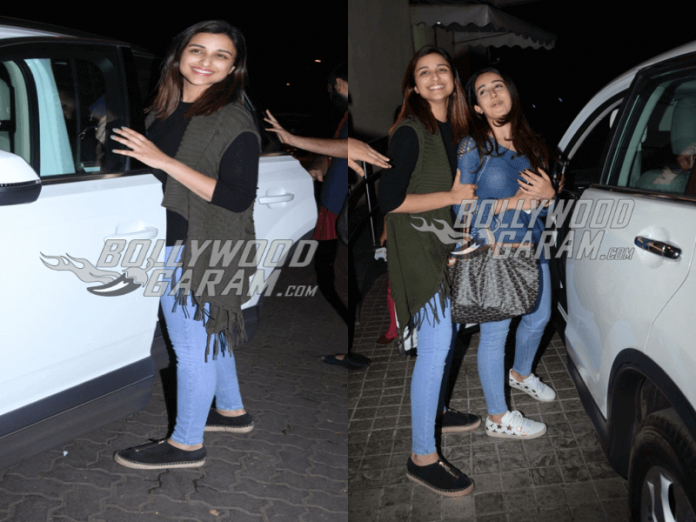 The stunning Parineeti Chopra was spotted at Salt Water Cafe in Bandra on January 17, 2017, just as she was walking out after dinner with her friends. Parineeti was last spotted at Mumbai Airport on January 8 and was seen flaunting some serious style at the 62nd Jio Filmfare Awards 2017 in a fairytale inspired pink gown.

A trending gossip about the actress was regarding her drastic weight loss which became an inspiration for all and made her fans go crazy for her.

The actress was last seen on a dazzling special appearance in a song of movie Dhishoom starring John Abraham and Varun Dhawan. The actress has a couple of upcoming movies, Meri Pyari Bindu starring Ayushman Khurana directed by Akshay Rai and produced by Maneesh Sharma will be releasing this year.

The actress will also be seen in Rohit shetty’s Upcoming sequel of famous comedy Movie Golmaal. Parineeti will be leading the role with Ajay Devgn and Arshad Warsi.

Another upcoming movie named Takadum playing a Lead role with Sushant Singh Rajput which is produced and directed by Homi Adjania  which will be released in 2018.

We hope you enjoyed this exclusive Parineeti Chopra gallery, stay tuned for latest updates only on Bollywood Garam!