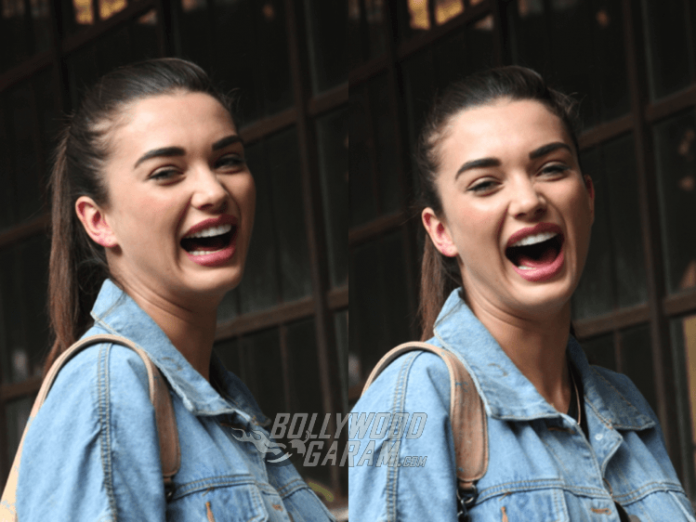 Amy Jackson and Elli Avram were caught heading to lunch at a popular Pali Village Cafe in Bandra on January 18, 2017

One of the cutest Bollywood actresses – Amy Jackson was caught by our cameraman at a popular restaurant in Bandra with actress Elli Avram and another friend yesterday, just as they were heading to lunch.

Check out the full gallery below –

Amy Jackson has quite a good hold in Tollywood with her blockbuster movies and now started to prove herself in bollywood with couple of hit movies such as Singh is Bling were she played a lead role with Akshay Kumar and also the latest movie Freaky Ali leading the role with Nawazuddin Siddiqui.

The actress has some Upcoming movies in Tollywood and Bollywood both. She will be sharing screens with Rajnikant and Akshay Kumar, playing a lead role in the sequel of Robot i.e. Robot2. The film is directed by S Shankar and produced by Subaskaran Allirajah. The movie will be released on October 18 2017.

While the Bigg Boss Season 8 contestant, Elli Avram will be sharing screen space with Emraan Hashmi in her upcoming movie, Murder 4 which releases later this year.

Previously, Elli Avaram has been seen in a couple of movies such as, Mickey Virus which released in 2013 and Kis Kisko Pyar Karoon (2015). The actress played a lead role in the film, starring opposite comedian Kapil Sharma. The movie was Kapil Sharma’s debut film and performed decently well at the box office.

We hope to see more of them on the big screen in 2017! Stay tuned for latest updates only on Bollywood Garam.

This popular Pali Village restaurant has been frequented by Kareena Kapoor too over the last few weeks, see all her clicks here –

Kareena Kapoor on a lunch date with friends Malaika, Amrita Arora and Karisma