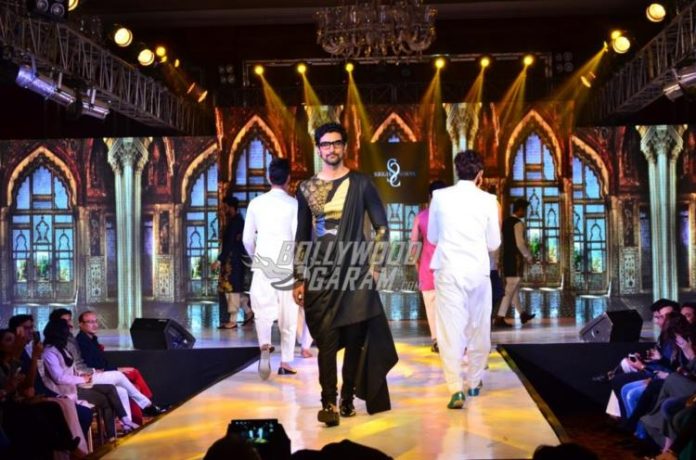 Bollywood actor Kunal Kapoor turned showstopper for artist Suvigya Sharma, who showcased his collection at a fashion event organized by Smile Foundation in Mumbai on January 18, 2017. Suvigya debuted as a fashion designer and showcased his hand-painted 24 carat gold menswear collection Tree of Life.

This was the first time Suvigya showcased his collection at his hometown. Kunal was seen wearing a black outfit hand-painted by the artist. On the work front, the actor was last seen in the movie ‘Dear Zindagi’ and is currently filming for a Bollywood movie ‘Raagdesh’ which is currently in a pre-production stage.

The actor made his debut in Bollywood with the movie ‘Meenaxi: A Tale of Three Cities’ but shot to fame with the movie ‘Rang De Basanti’ in which he played the role of a student. Kunal also earned a nomination for Best Supporting Actor at Filmfare Awards. The actor later appeared in a few movies but is not much active in Bollywood.

Kapoor also tried his hand in a south movie ‘Veeram’ that hit the theatres on December 12, 2016.
Not many are aware that Kapoor is also a trained pilot and is also a rally car driver. The actor had received training for the Formula Three in 2014.