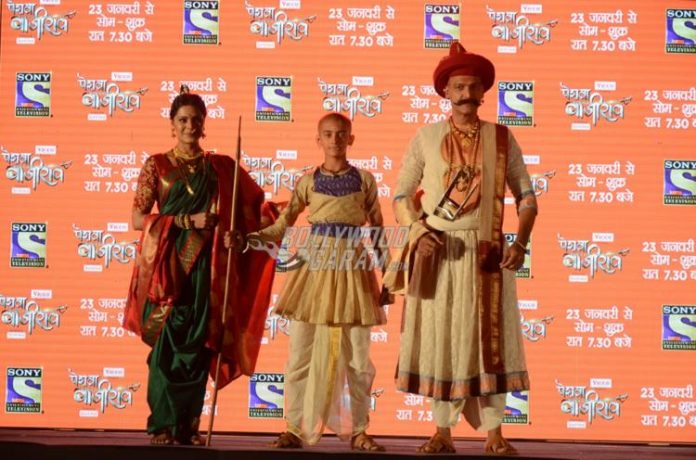 ‘Peshwa Bajirao’ will be aired on two channels &TV and Sony TV and will replace the show ‘Ek Rishta Sanjhedari Ka’ on Sony TV. The series is produced by Sphere Origins of Sujoy Waddwa and is creatively produced by Nilanjana Purkayasstha’s company Invictus T Mediaworks. The new series will be aired on weekdays.

The story of the new series is from the 18th century, in the court of Maratha Chhtrapati Shahu from Satara Empire where a new Peshwa has to be elected. The ‘Peshwa’ then was equivalent to the modern day Prime Minister. The story then continues with the introduction of various characters including Bajirao his wife Kashibai, Bajirao’s mother Radhabai and more. The show is all set to be aired from January 23, 2017.

Sony TV is already airing a few successful TV shows in different genres like the Sankat Mochan Mahabali Hanuman and Suryaputra Karn in mytho genre. The thrill section has the good old shows ‘CID’ and ‘Crime Patrol’ while the drama genre has ‘Parvarish-season 2’ and ‘Kuch Rang Pyar Ke Aise Bhi’.