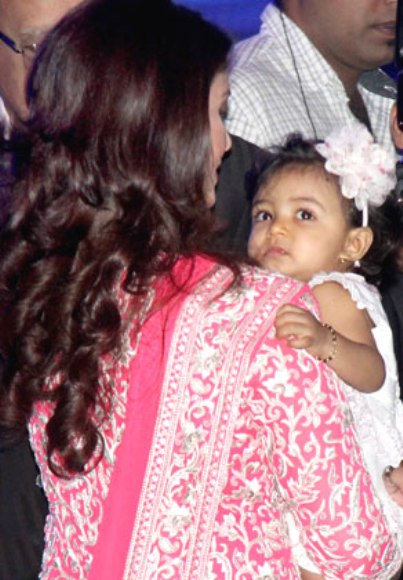 Bollywood actress Aishwarya Rai Bachchan accepted her long awaited French civilian honor  at an event in Mumbai, but the girl who stole the show was the Aishwarya’s daughter Aaradhya Bachchan. The whole Bachchan family was there to cheer the ‘Jodhaa Akbar’ star, but Aaradhya was the centre of attraction at the event, as she kept on crying.

This was the first time that Aaradhya appeared at a public event and the world could see what the newest Bachchan family member looks like. The event took place at the Sofitel hotel in Bandra Kurla Complex in Mumbai, on November 1, 2012. During the award function, Aaradhya kept crying while her mom received the award on stage, while her father Abhishek took her outside to pacify her.