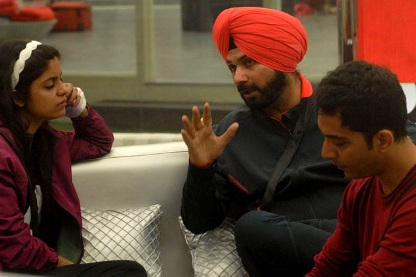 Former Indian cricketer Navjot Singh Sidhu made a sudden exit from the reality show Bigg Boss 6. His wife Navjot Kaur Sidhu had called a press conference in Chandigarh two days ago and appealed to the channel to release Sidhu as Narendra Modi needed him for election duties.

Sidhu accepted the orders of the party and said that he is like a soldier and his party needs him. The former cricketer said that the best way to discharge duties is to dispense them. While describing his experience in the house, Sidhu said that it was the ultimate test of nerves. While talking about fond memories for his time in the house, he said that he remembers the 30 days that he spent with the other contestants without any crutches.