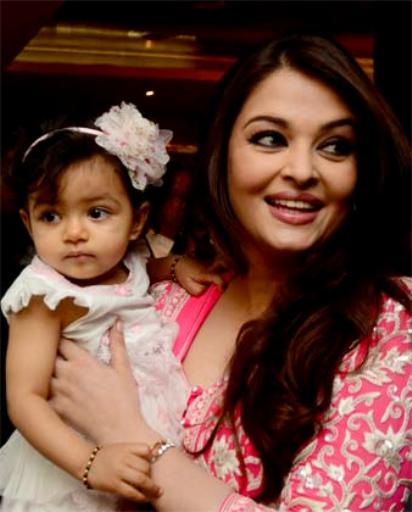 The Bachchan family’s most adored member Aaradhya Bachchan will turn one year old on November 16, 2012. After her birth last year at a hospital in Mumbai, the media had named the baby as ‘Beti B’, as the family initially refrained from sharing her pictures and her name.

As there was a lot of hype around the birth of Aishwaray Rai and Abhishek Bachchan’s daughter, it was expected that the family would throw a big bash on November 16, 2012 as she turns one year old. However Beti B’s proud mother said that they are planning on having a quiet family celebration for the event and nothing too spectacular is being planned.