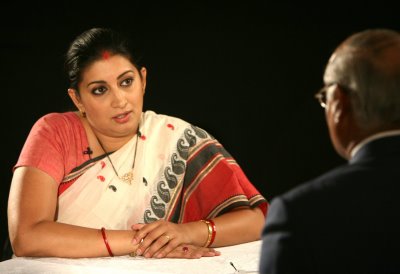 TV actress-turned-politician Smrit Irani became the face of Indian TV with her popular TV show ‘Kyunki Saas Bhi Kabhi Bahu Thi’, now she is all set to return to where she belongs – on the silver screen. This time however, the actress will not be back as another ‘bahu’ (daughter-in-law), but will be back as a host for a crime show.

The news was confirmed by the actress herself as she said that she will be making a full-fledged come back to TV. When asked about her future projects the actress said, “By New Year, things should materialize.” On the other hand, her co-stars Sakshi Tanwar, Ram Kapoor and Ronit Roy are playing lead roles in various television serials.