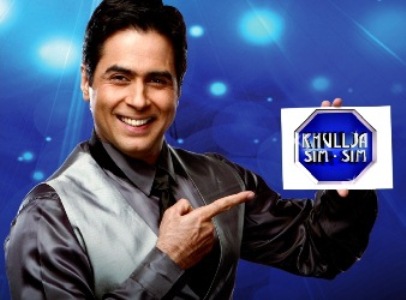 TV host and actor Aman Verma is back with the fifth season of his once popular game show ‘Khulja Sim Sim’. This time the shows producers have vowed to make the season more entertaining and fun-filled.

The fifth season of the show was launched on November 12, 2012 and has gotten bigger and better than before. The host has taken the entertainment quotient a notch higher and the participants get an opportunity to win several prizes through games and contests.

The participants get a chance to win more than 15 lakh in prizes in the form of cars, gadgets, gift hampers and holiday packages. Aman said, “The show is getting bigger and better, all because of the great response that it has got from viewers in the past seasons.”

The host also said that many big brands are coming forward to present participants with attractive and expensive prizes, as they want to be associated with the popular game show. The new season of the show has something to offer to everyone; be it the participants on the show or the audience sitting at home. Overall, the show has a lot of entertainment to offer its audience.

Khulja Sim Sim is aired every Monday to Thursday at 08:30 PM on the Big Magic channel.