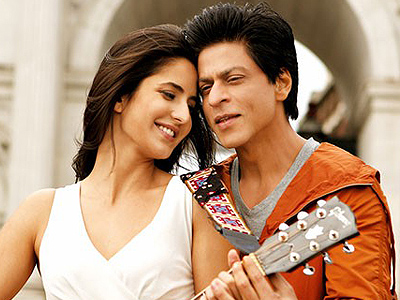 The late filmmaker Yash Chopra was honored at the Doha Tribeca Film Festival (DTFF) with the screening of his last movie ‘Jab Tak Hai Jaan’. The audience at the festival also gave the movie a standing ovation at the end in memory of the late director.

Before the movie started, the vice chairman of the event showed a minute long audio-visual, which paid tribute to the legendary filmmaker. The movie has Shahrukh Khan, Anushka Sharma and Katrina Kaif in lead roles.

A source from the film festival revealed that as soon as the movie started, the entire audience went silent and did not utter a single word. No one moved from their seats as a voice-over of Yash Chopra reciting a poem became audible. At the end of the movie, the audience stood up in admiration and clapped in honor of the late filmmakers efforts.

Meanwhile, the movie is also doing a great business at the box office and has collected Rs. 120 crores in just six days of its official release. This points to the fact that Shahrukh Khan and Katrina’s sizzling on-screen chemistry has managed to impress the audience. The movie has also forced Shahrukh Khan to break his no-kiss rule while acting.