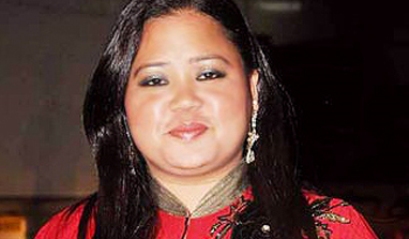 The viewers of the Indian reality show Bigg Boss 6 have started wondering as to what the show’s producers have in mind, as daily more celebrities are being added to the house and it does not seem to be emptying out any time soon. Moreover, with the addition of the new mud house in the neighborhood, even eliminated contestants have a chance to stay in the game.

The latest celebrity that will be entering the Bigg Boss house is stand-up comedian Bharti Singh. Singh was seen grabbing a lot of attention in the dance reality show ‘Jhalak Dikhhla Jaa’ with her one-liners. This time however, the actress will have a different agenda.

Bharti will be in the house for just a day and she is expected to break a few things and play pranks on the other inmates. On the other hand, the inmates of the house are supposed to ignore Bharti and her tactics as part of a task. The other housemates are not supposed to interact with the comedian as well. The show’s host Salman Khan has been enjoying his interaction with the celebrities in the main house as well as the mud house. It appears as though the show’s producers are struggling to keep their audience captivated and are resorting to trial-and-error tactics to see what works.