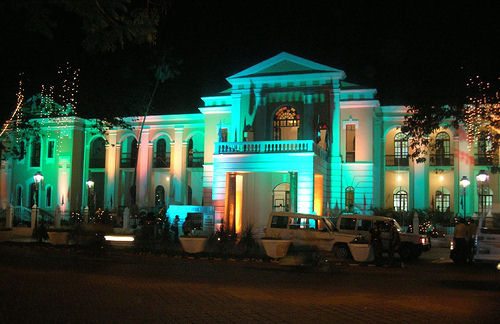 The International Film Festival of India (IFFI) has been flagged off yesterday, Monday, November 22, 2010. This is the 41st year of the festival, which is held in Panaji, the capital city of the small state of Goa. The festival was opened by the Union Railway Minister, Mamata Benerjee.

According to sources, this year, the IFFI is slated to screen 300 films throughout the festival. It is a 10 day long festival that will cater to audiences of different languages.

There are a set of some good Indian movies that are scheduled for the IFFI screening. Those films include- Hindi movies – Tere Bin Laden, I am Kalam, Wake Up Sid, Paa and 3 Idiots; Tamil movies: Athma Kadhaand Angadi Theru.

Telugu, Kannada and Malyalam movies that will be screened in the festival are Prasthanam, Kanasemba Kudureyaneri, Aidu Ondola Aidu and Shabari, Mummy & Me, Makaramanju, Kaal Chilambu and Elektra.

The 41st edition also has something new to share. It has a ‘Short Fim Centre’ that will help in bringing the makers and the producers of a short film.