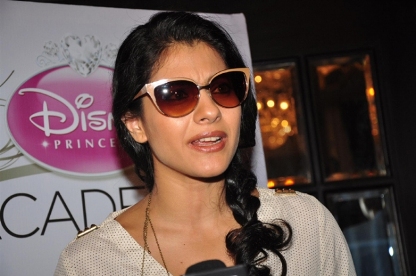 Bollywood star Ajay Devgn’s wife Kajol recently said that the tiff between her husband and Yash Raj Films has affected her relationship with the production house. The actress is busy with her two children of late, but said that due to the problems between her husband and the film company she was not able to maintain a healthy relationship with them.

The issue began when Ajay Devgn Films filed a complaint to the Competition Commission of India while alleging that YRF used its dominant position in the market to get the maximum number of screens for the movie ‘Jab Tak Hai Jaan’, due to which the movie ‘Son OF Sardar’ did not get much screenplay in the entertainment market.

The ‘Baazigar’ actress also said that it wasn’t a normal situation and that things like this not happen everyday. Mrs Devgn is also hopeful that the situation will not arise in future.

The actress married Ajay at the peak of her career and is currently raising two children, but that has not affected her demand in Bollywood. Kajol also said that the times have changed in the industry and that women have a good chance to succeed, as more people are in for experimentation. Kajol also expressed that the industry is still being dominated by male actors.